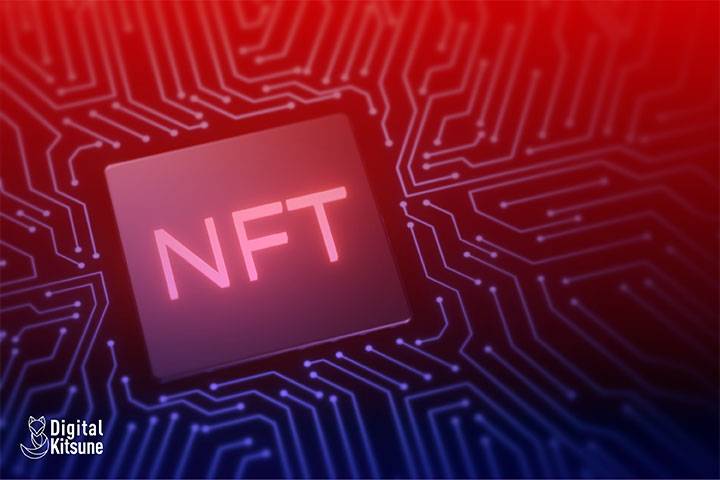 The tail end of 2021 saw NFTs take the world of art and gaming by storm, and they show no sign of slowing down as we head in 2022. Whether you think they’re a speculative fad or a great new possibility for artists, they continue to make the headlines when they sell for millions of dollars.

But what exactly are NFTs? From how NFTs work and how to make them, to the controversy around them, we cover all the nitty-gritty details of NFTs in this handy guide.

We also have plenty of other NFT-related pieces like the best NFT artwork, and how to make and sell an NFT. And if you’re hoping to create your own NFTs, then make sure you check out our roundup of the best digital art software for creatives to get yourself started.

NFT stands for a non-fungible token, which means that hidden in those quirky artworks, there is a totally unique and non-interchangeable unit of data stored on a digital ledger that uses blockchain technology to establish proof of ownership. NFTs are collectable digital assets that hold value, just like how physical art holds value, so do NFTs.

NFTs are a lot like cryptocurrencies such as Bitcoin and Ethereum. However, an NFT is completely unique, and it can’t be exchanged like-for-like, which is where non-fungible starts to make sense. The file stores extra information that elevates it above pure currency and brings it into the realm of, well, anything, really.

Any kind of easily reproduced digital file can be stored as an NFT to identify the original copy, like photography, art, music, videos, tweets, and even memes. You can make NFTs from almost anything unique that can be stored digitally and holds value. They’re like any other collector’s item, like a painting or a vintage action figure, but instead of buying a physical item, you’re instead paying for a file and proof that you own the original copy.

How do NFTs work?

The unique identity and ownership of an NFT is verifiable via the blockchain ledger. they were first launched on the Ethereum blockchain, but other blockchains including FLOW and Bitcoin Cash now also support them. Whether the original file is a JPG, MP3, GIF or anything else, the NFT that identifies its ownership can be bought and sold just like any other type of art – and, like with physical art, the price is largely set by market demand.

If you wandered into a gift shop of an art gallery, you’d find a number of replicated prints of famous masterpieces, well there are some NFTs that act the same way. There are parts of the blockchain that are totally valid, but they wouldn’t hold the same value as the original.

NFTs will most likely come with a license to the digital asset it points to, but this doesn’t automatically confer copyright ownership. The copyright owner may reproduce work and the NFT owner gains no royalties.

Where can I buy NFTs?

Don’t go thinking you’ve hacked the system by right-clicking and saving the image of an NFT. That won’t make you a millionaire because your downloaded file won’t hold the information that makes it part of the blockchain and identifies the file as the original.

If you do want to look into buying NFTs, they can be bought on a variety of platforms depending on what you want to buy (for example, if you want to buy baseball cards you’re best heading to a site like digitaltradingcards, while other marketplaces sell more general pieces). You’ll need a wallet specific to the platform you’re buying on and you’ll need to fill that wallet with cryptocurrency. As the record sale of Beeple’s Everydays – The first 5,000 days at Christie’s (pictured above) proved, NFTs are hitting more mainstream auction houses, too, so these also are worth watching out for. In case you missed it, that Beeple piece went for $69.3 million.

Because of the high demand for many types of NFT, they are often released as ‘drops’, much like with events, when batches of tickets are often released at different times). This means a frenzied rush of eager buyers when the drop starts, so you’ll need to be registered and have your wallet topped up and ready to spend.

NFTs are having a moment among artists, gamers and brands across the spectrum of culture. In fact, it seems every day brings a new player to the NFT marketplace. For artists, stepping into the NFT space adds another possibility for selling art, and provides fans with a way to support it. NFT art ranges from small, quick-to-make GIFs (Rainbow Cat, above, was sold by NyanCat for $690,000) to more ambitious works.

It would be expected that work by well-known artists would fetch big bucks as NFTs, something an anonymous group of ‘art enthusiasts’ relied upon when they burned an original Banksy in order to increase the value of an NFT. However, some sales are still surprising. The Beeple sale mentioned was not only the biggest NFT art sale, but it was also the third-highest price ever paid for a work by a living artist.

Meanwhile, NFTs are shaking up the concept of in-game purchases in video games. Up until now, any digital assets bought inside a game, still belonged to the game company – with gamers buying them to temporarily use while playing the game. But NFTs mean that the ownership of assets has shifted to the actual buyer. That means that they can be bought and sold across the gaming platform with extra value applied based on who has owned them along the way. Whole games are now being made based entirely around NFTs.

NFTs are becoming an attractive revenue stream for brands, and we’ve seen all kinds of companies jumping on the bandwagon. Taco Bell’s 25 taco-themed GIFs and images (you can see one of them above) sold out in just 30 minutes. Each NFT contained a $500 gift card, which may explain their initial popularity, but the TacoCards are now selling on the secondary market for up to $3,500 (and to clarify that no longer includes the gift card!)

Even the US basketball league NBA has got involved. NBA Top Shot is a way of selling digital collectables in the form of trading cards embedded with iconic basketball moments. With a plan to add virtual jewellery, accessories and clothing that can be used across social media, the NBA is aiming to expand this revenue stream as far as it can go.

It also turns out that even tweets can hold value. Twitter co-founder Jack Dorsey sold the first-ever tweet (sent by him to announce he was setting up his account) for a staggering $2,915,835.47. Musicians are also selling the rights and originals of their work, as well as short videos to clips of their music, and you can even buy digital real estate and 3D assets like furniture as NFTs.

In fact, a ‘digital home’ sold for an eyewatering $500,000. ‘Mars House’ (see above), designed by Toronto artist Krista Kim, was described by digital art marketplace SuperRare as the ‘first digital house in the world’. Created with the help of an architect and video game software, the owner will be able to explore the mansion on Mars using virtual reality and can sunbathe outside the house (in the Mars atmosphere).

Why are NFTs controversial?

There’s a lot of money being made in the NFT market, but you’ll have heard there’s also great controversy, not least due to the impact on climate. The creation of blockchain assets, NFTs included, uses a horrendous amount of computing power – and so a huge amount of energy. Some are worried about the very real impact the craze could have on the environment.

CryptoArt.wtf, a site set up to calculate the carbon footprint of NFTs (which is now offline), calculated that a piece of NFT art named ‘Coronavirus’ consumed an incredible 192 kWh in its creation. That’s equivalent to one European Union resident’s entire energy consumption for two weeks. Was it a particularly big piece? It’s estimated that a ‘simple’ NFT GIF can create the same consumption.

Interviewed here, @beeple says, “I can assure you that moving forward that all of my drops will not just be carbon neutral but carbon NEGATIVE.” I’m sure there are plenty of people who would hold him to that. https://t.co/C2UdhE89QWMarch 10, 2021

Artists can help, by making efforts to create carbon-neutral artwork (Beeple has promised to do this going forward as the above tweet explains). But the problem goes deeper, because of the way blockchain works.

Ethereum, Bitcoin and the like are built on a ‘proof-of-work’ system (like a complex series of puzzles) to keep the financial records of users secure. And this system uses an incredible amount of energy. In fact, Ethereum alone uses about the same amount of energy as the entire country of Libya. Ouch.

ArtStation was so worried about the impact on the climate that it recently backtracked on its decision to sell NFTs after a massive backlash. And Sega was recently at the centre of a Twitter storm after it announced its intention to start creating NFTs (after all, Sonic was all about the environment, right?). There are organisations trying to make a difference. Check out what Blockchain for Climate is doing to improve the situation here.

Many voices in the art and design community are also angry that NFTs are changing hands for such astronomical sums of money, and it’s often not going to the artist. Given that NFTs were originally created as a way of giving control by asserting digital ownership, the idea that they are becoming increasingly elitist is causing tension. The buy-in fees are prohibitive for many, and the cost to actually buy one means the marketplace is becoming something of a playground for the super-rich.

Can anyone make an NFT?

If you’ve got this far, you might be wondering: can I make an NFT? Well, one would assume so given that when Trevor Andrew drew this Gucci Ghost (above), he managed to sell it for $3,600. Technically, anyone can create a piece of art, turn it into an NFT on the blockchain (a process called ‘minting’) and put it up for sale on a marketplace of choice. You can even attach a commission to the file, which will pay you every time someone buys the piece through a resale.

Much like when buying NFTs, you need to have a wallet set up, and it needs to be stuffed full of cryptocurrency. It’s this requirement for money upfront that causes the complications.

The hidden fees can be prohibitively astronomical, with sites charging a ‘gas’ fee for every sale (the price for the energy it takes to complete the transaction), alongside a fee for selling and buying. You also need to take into account conversion fees and fluctuations in price depending on the time of day. All this means that the fees can often add up to a lot more than the price you get for selling the NFT.

Whether or not NFTs are here to stay, for the moment they are making some people money and they’re creating new possibilities for digital art. We would, however, advise caution and careful consideration of which platforms to use. See our guide to how to make and sell NFTs for more information. And if you want to get creating, make sure you’ve got one of the most powerful laptops available or even one of these top drawing tablets. 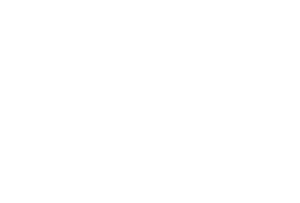